Luka Modric’s glorious 2018 received the ultimate recognition – and secured his place in history – when he received the Ballon d’Or.

This prize has been the property of Cristiano Ronaldo and Lionel Messi for the past 10 years but two vacant seats on the front row showed that, disappointingly, neither had accepted the invitation to be at the decadent Grand Palais in Paris for what was a glitzy ceremony.

Modric – the first ‘new’ winner since Brazil great Kaka in 2007 – has had an exceptional 12 months. He was instrumental in helping his club, Real Madrid, win a third consecutive Champions League in May and then became the heartbeat in the Croatia team that reached the World Cup final. 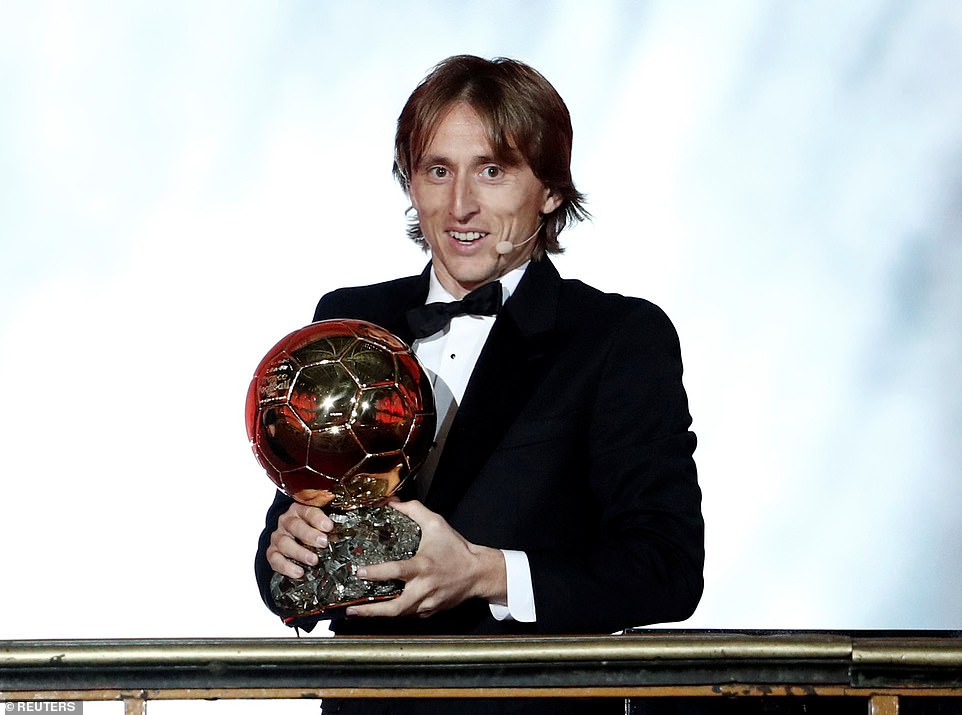 He won the Golden Ball for his performances in Russia and then claimed the FIFA ‘Best’ prize in late summer but it is this trophy – the one created by France Football and first presented to Sir Stanley Matthews in 1956 – that truly put the seal on his superlative efforts.

To give an idea of how far clear Modric was following a vote by 180 journalists, he secured 753 points compared to Ronaldo (453) and Antoine Griezmann (414), who were second and third respectively. The 33-year-old, simply, has been a class apart.

‘I have such sensational emotions that I can’t really describe,’ said Modric, who credited the four years he played for Tottenham being crucial to his development. When I was a kid, the dream was to play for big clubs and win trophies.

‘The Ballon d’Or was more than a dream. I simply cannot believe it. For all my career, I have tried to work hard and have persistence. In the tough moments, you have to show your courage and I always said the best things do not come easy. To achieve all this, it has not been easy.

‘But sooner or later, you get an opportunity and when it comes, you have to be ready to take it. I am still trying to take it on board that I have won this and become part of a group that belongs to history. It is a unique feeling.’ 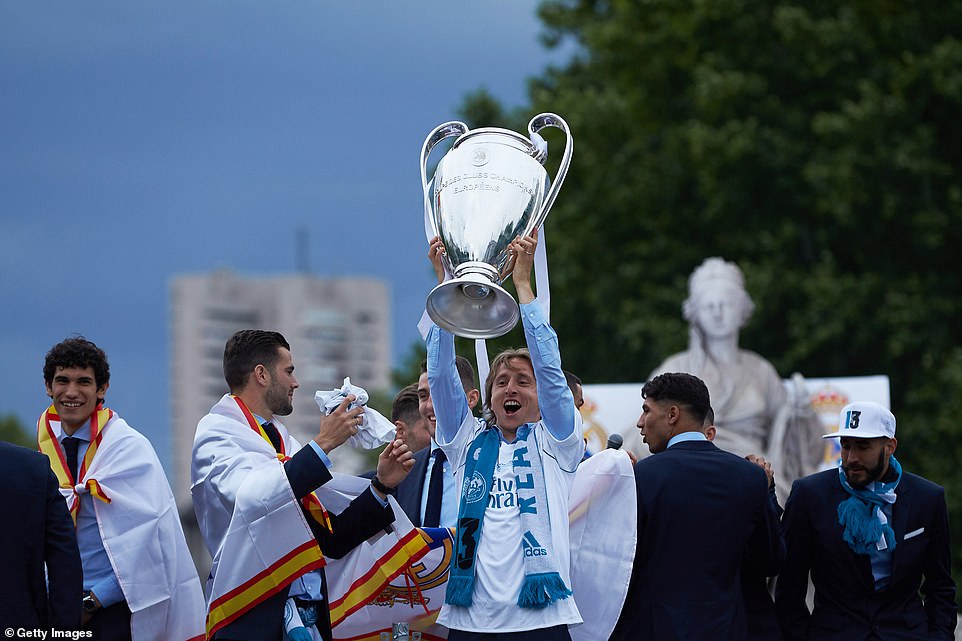 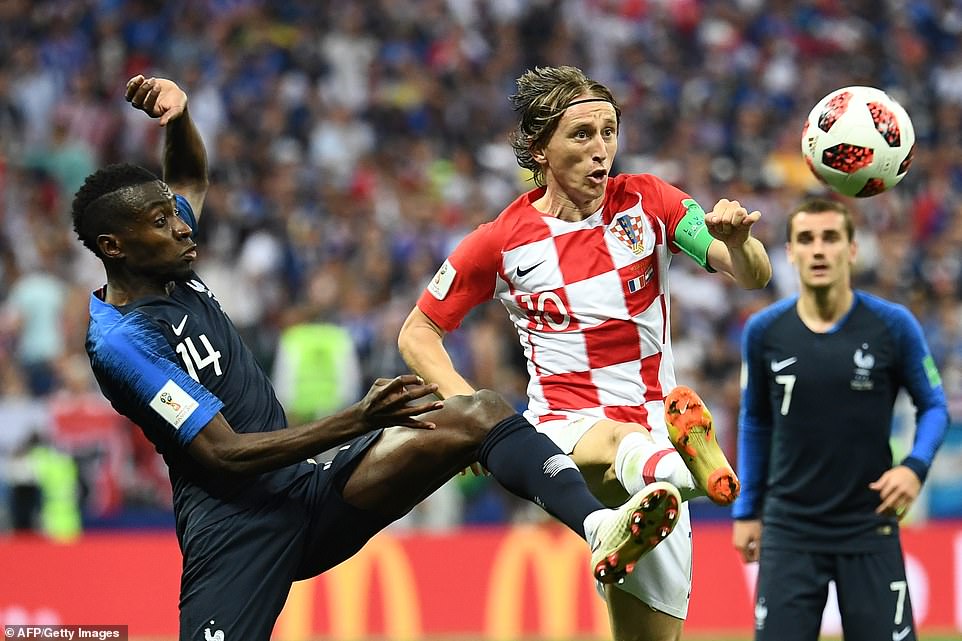 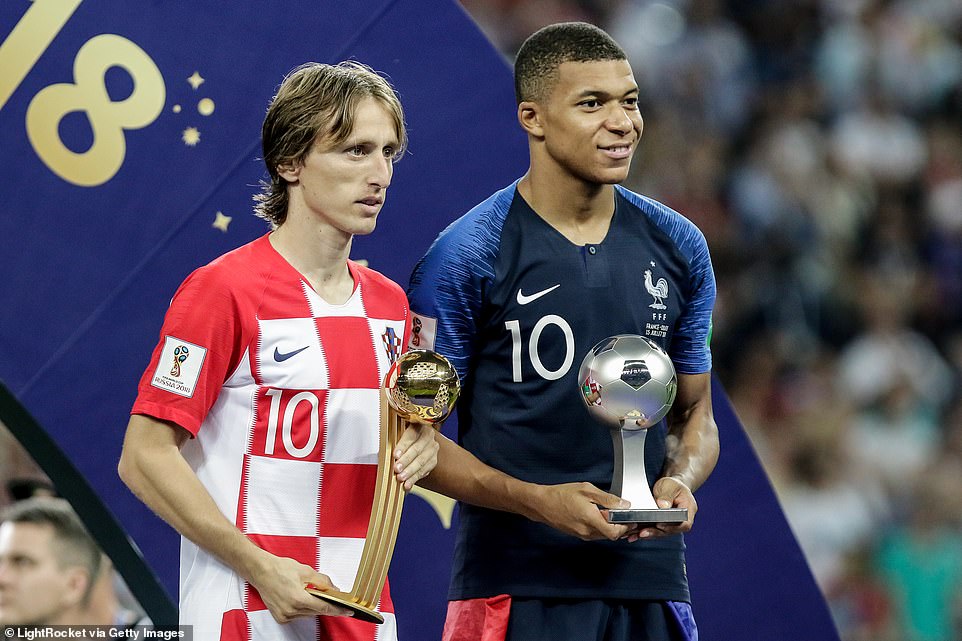 Following the immediate aftermath of the World Cup, the 33-year-old won the Golden Ball as the best player in Russia 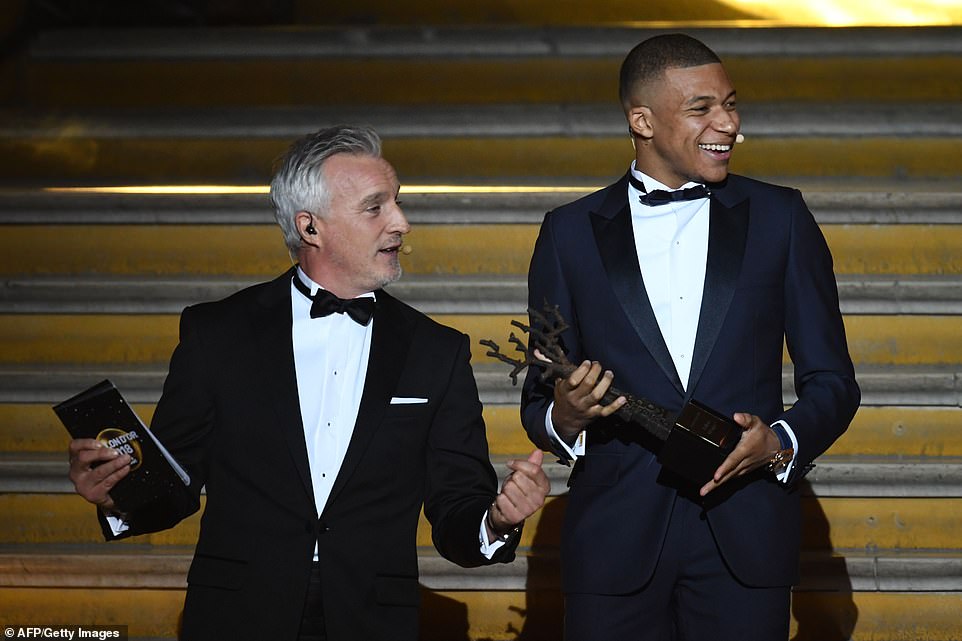 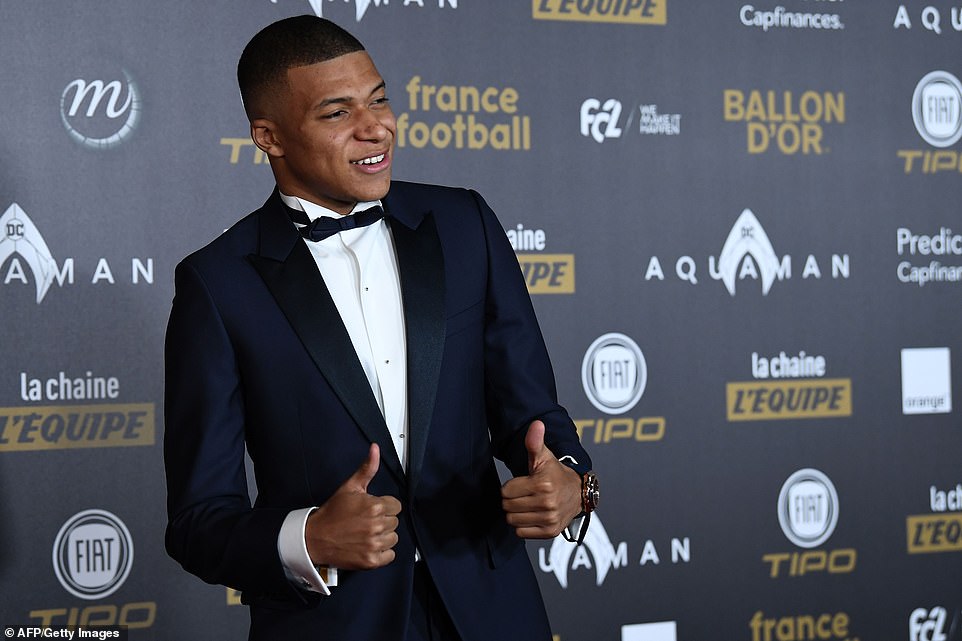 Thumbs up: World Cup winner Mbappe poses for a picture at the ceremony at the Grand Palais in Paris on Monday 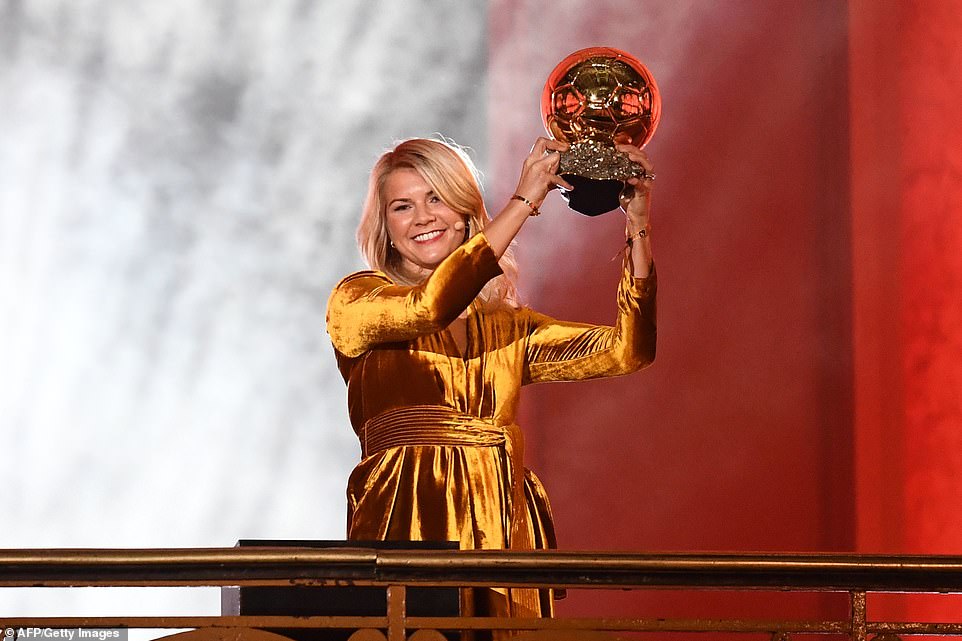 There has been no Premier League winner since Michael Owen in 2001 but there was, at least, a healthy representation from the domestic league; Liverpool’s Mohamed Salah (sixth) fared best ahead of Eden Hazard (eighth), Kevin De Bruyne (ninth) and Harry Kane (10th).

It was an evening, primarily, which celebrated the fact France had become World Champions and Griezmann delighted the crowd when he brought the trophy on to the stage to talk about the events of a glorious summer.

Here was also a night that seemed to signal the changing of the guard at the top. Kylian Mbappe, the prodigious Paris Saint-Germain striker, was named the first Kopa winner – a category for players Under-21, named in honour of the legendary French footballer of the 1950s Raymond Kopa.

Liverpool’s Trent Alexander-Arnold was on the shortlist but such was Mbappe’s magnificent form in 2018 – he was especially blistering at the World Cup – there was never any doubt about who would win. Such are his gifts, it will be a shock if Mbappe does not follow Modric in the future.

Elgon Cup: Kenya tackles Uganda in a tight contest in Kampala
May 22, 2018